I always know that one day I will be accused of something absurd which it might stain my reputation whereby I understand it is normal because you already have signed for this the first day you have chosen this path. 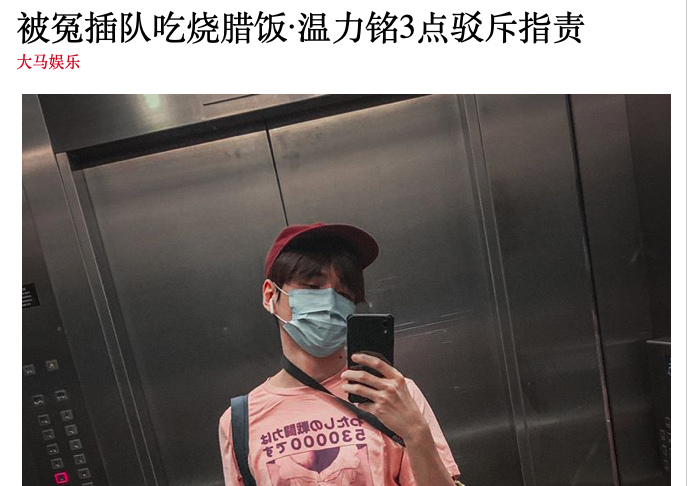 Yet to my surprise, I never thought it would be that ‘tak power’. The accusation was so, you know -comedy.  I had been accused that I was cutting queue to ‘dapao’ duck rice. After the explanation from me and a few involved parties, the media did pick up this news and it spread around. Mostly people just look at the title without reading the content. I’m fortunate that many of the netizens know me well and overwhelmed those rumors and characters’ assassination. Graceful to each one of them. 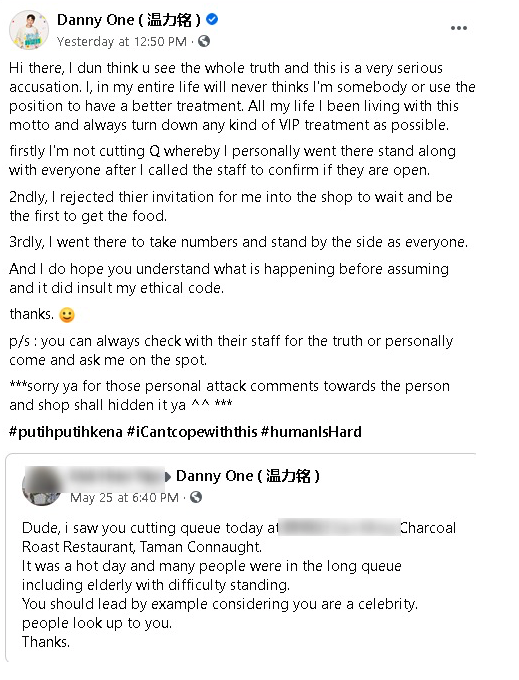 Some might said, ” aiyo that kecil miao issue need to blow out of proportion meh” . To be honest, i might be staying silent if there was a big accusation toward me because I know every big lie needs huge and massive coordinate, manpower and fabricated evidence to hold up the story. Else it will vanish and life goes on.
And if one is so passionate to frame me up; I will definitely impress.

I did accuse of having a baby with unmarried women long ago. When I was 28, a feng shui master told my friend ( pretend dunno me) that he was my permanent master to look after my ‘chi’ and ‘luck’ and he claimed that I have a wife too.  Another one was that I had said to have an affair with my ex despite breaking up for years. Claiming that I didn’t let her go even I was the one to break up, but the truth is she betrayed me with another guy yet she demands me to stay. Many more but oh well, those are memories .:)

Back to the ‘kecil miao‘ issue, to me, that is character assassination. Especially i am always sticking to my principles regarding queuing up. (  ) Because to me, that is the basic manners for civilizing citizens. I don’t deny there were offers and VIP treatment occasionally. I will always try to turn down if it was too overboard or reach my threshold but saying that I cut Q for a bowl of duck rice? Not just insulting my integrity and putting a bad name to the shop as well. They work hard and all sudden a black ink spread to their paper by this accusation. Hence I felt this reputation worth defending. “Lawan tetap lawan” 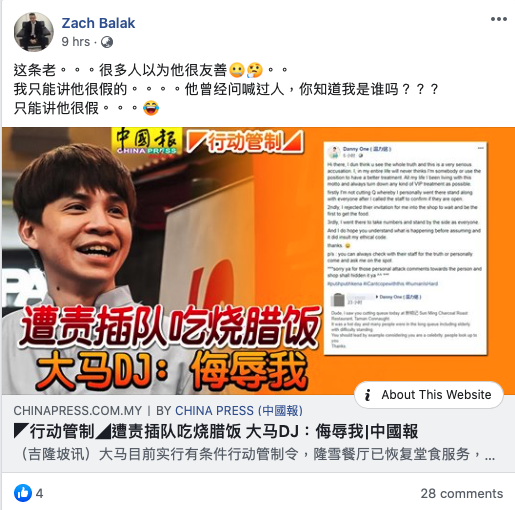 Nevertheless, this issue should be called a day after much explanation and discussion. Surprisedly, I came into another accusation which it wasn’t public.
He claimed that I’m a poker face. Good in front of the public but actually a douche bag. This is because one day her wife came across me that I was so arrogant and threaten her by saying “Do you know who am I? ” 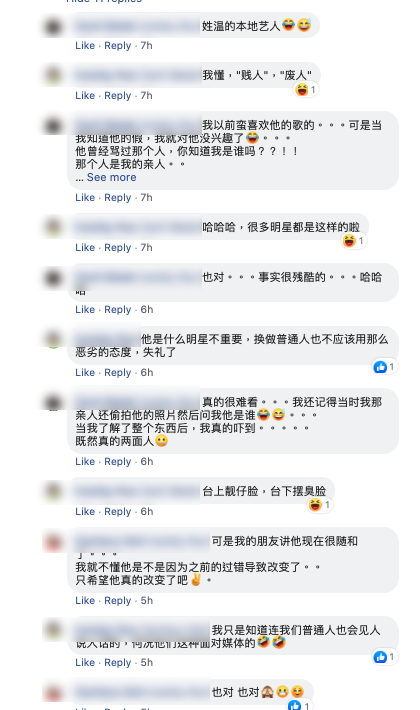 Now that was a gangster. lol  but since I am here;

My answer :
Firstly I never met her or maybe I can’t recognize her.
2ndly I can guarantee I will never say ” do u know who am i ? ” this statement.
The reason is that I am really afraid they will reply “I dunno oh “, That will be darn malu for God’s sake. Another one is I afraid kena wack! i freaking scare of dying, to be honest. I’ve experienced this trauma of being beaten up by triad before so i definitely won’t dare to say it. What if he or she is somebody? i ma die!
And another one most crucial; I won’t be rude to girls 😉 hahaha

Oh well, I learned that misunderstanding or hate toward someone is unavoidable. That is why I repeatedly reminding myself never to judge anyone. Always listen and study both sides without bias before jumping into a conclusion.